27 October 1901 – Aleksandrs Čaks born in Rīga, in the family of tailor Jānis Čadarainis.

1915 – together with the gymnasium evacuates to Estonia, the town of Võru.

1922 – Aleksandrs enrolls in the Senior Class of the Latvian Youth Alliance's Secondary School.

1924 – enrolls in the University of Latvia, Faculty of Medicine, but never finishes his studies.

1927 – founds publishing house “Seši” (Six) and publishes his first two poetry collections “Sirds uz trotuāra” (Heart on the Pavement) and “Es un šis laiks” (Me and This Time) in 1928.

1935 – his first short story collection “Eņģelis aiz letes”(Angel Behind the Counter) is published.

1939 – works at the editorial offices of magazine “Atpūta” and newspaper “Jaunākās Ziņas”.

10 January 1940 – awarded the Anna Brigadere Prize for "Touched by Eternity" in the White Hall of Rīga Latvian Society House.

20 October 1944 – becomes the head of the cultural section of newspaper “Cīņa”.

1947 – 1949 – parallel to newspaper “Cīņa” works in the Academy of Sciences, Language and Literature Institute as the leading researcher of Literature Section 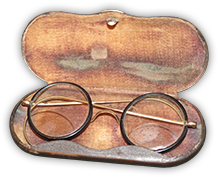