Aleksandrs Čaks historic apartment museum at Lāčplēša street 48-8 was established on 15 March 1997, on the decision of Riga City Council. This is the last poet’s living place. Aleksandrs Čaks (1901-1950) lived here from 1937 until his passing in 1950. In 1945, Čaks's relative - second cousin Emīlija Briežkalne moved in with the poet and continued to live in the apartment after his death. After WWII, two rooms were let out.

Remarkably, the poet's furniture, library, valuable artworks, household items, photographs, manuscripts, clothes and textiles have been preserved for half-a-century. The apartment is still permeated with the aura of the poet's works and worldview. Here everyone can experience the authentic environment created in body and soul by a world-class poet, the founder of modern poetry in Latvia, bard of the city and admirer of women Aleksandrs Čaks.

The two rooms nearest to the entrance have been renovated and adapted to accommodate museum visitors, and to create a space for thematic and art exhibitions; however the core of the museum are the other two rooms where the poet himself lived and worked and that have been preserved as an authentic memorial ensemble. The scope of Aleksandrs Čaks literary interests is evident from his impressive library of Latvian and foreign authors; and the aura of the art life of Riga in the poet's era is conjured by an excellent collection of artworks by renowned Latvian artists Aleksandrs Junkers, Kārlis Baltgailis, Niklāvs Strunke, Ojārs Jaunarājs, Jānis Plase and others. Among the small personal items that have been preserved are the poet's glasses, ties, money purse, notebook and cuff links.

The museum keeps in step with the times, exploring different strategies of communication, publishing books about Čaks's life and work, as well as selected poems and song albums with lyrics by Čaks.

Audio guide of the museum is available in Latvian, English and Russian. 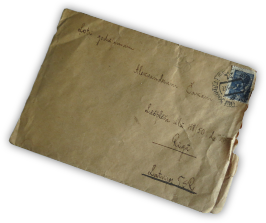